The Day After Yesterday

Guy Levante
The Day After Yesterday
YA, sci-fi, historical fiction

WHAT IS IT ABOUT?
A fantastic YA time-travel tale of a British-Indian boy about the choices we make, set around the Indian independence and the World War II atomic bomb. 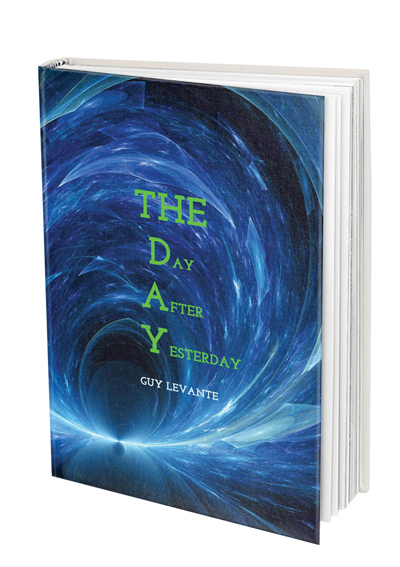 He is thirteen. It is 1945. Life has been bliss. The world has been at war. Vishy’s father is a British war-physicist. India is on the verge of independence. His mother is an Indian activist. Yet it all makes almost perfect sense.

They live in the summer capital of British India, and it is summer all year round for Vishy. Father is not a scientist but a magician and is rumoured to be working on a time-machine. Mother has eased up on the freedom movement and devoted her life to him. 1945 couldn’t have been happier; when Mother is arrested.

His father has to disappear and Vishy is sent packing to boarding school – to take on the delicious abuses of being the son of a traitor and a half-blood. It is left to him, then, to flee school, find his parents and prove their innocence.

Only he hasn’t a clue that his family is caught somewhere between the Axis atomic bomb and the disappearance of Netaji Bose, until he bumps into a man who knows it all.

A time-traveller. Here to meet his father. Who, it turns out, is no ordinary physicist. His mother isn’t an ordinary activist, and Vishy’s isn’t going to be an ordinary life. His future is set in stone and his parents, somewhere far apart, are drawing their last breaths.

Can Vishy, with the crippling, event-by-event prophecy foreshadowing each step of his, save his family?