Siddhartha is a 1922 novel by Hermann Hesse that deals with the spiritual journey of self-discovery of a man named Siddhartha during the time of the Gautama Buddha. The book, Hesse's ninth novel, was written in German, in a simple, lyrical style. It was published in the U.S. in 1951 and became influential during the 1960s. Hesse dedicated the first part of it to Romain Rolland and the second to Wilhelm Gundert, his cousin. The word Siddhartha is made up of two words in Sanskrit language, siddha (achieved) + artha (what was searched for), which together means "he who has found meaning (of existence)" or "he who has attained his goals". In fact, the Buddha's own name, before his renunciation, was Siddhartha Gautama, Prince of Kapilavastu. In this book, the Buddha is referred to as "Gotama".
Buy Now 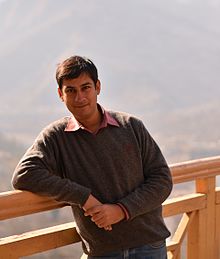 Tushar Raheja (born 1984) is an Indian storyteller and researcher based in Delhi. His first book Anything for you, Ma’am, a comedy, was published in 2006, while he was an undergraduate student in college. His writing was compared to that of P. G. Wodehouse by The Hindu and The Times of India and went on to achieve massive success. It has remained on the national best-selling charts since the time it was published. Raheja chose not to climb on the bandwagon of formulaic books but instead devoted himself to mathematical research and the study of narration. Romi and Gang (published July 2013 by Pirates), previously titled Run Romi Run is only his second book in the market. The book about the unalloyed dreams of the young in the Indian hinterland revolves around cricket. It has been praised by The Hindu, Hindustan Times, The Daily Telegraph among other publications. Raheja is one of the few authors in India to combine widespread popularity with critical acclaim.In 2015, he obtained his PhD from IIT Delhi in the field of applied probability.